About the Cave Rock Project 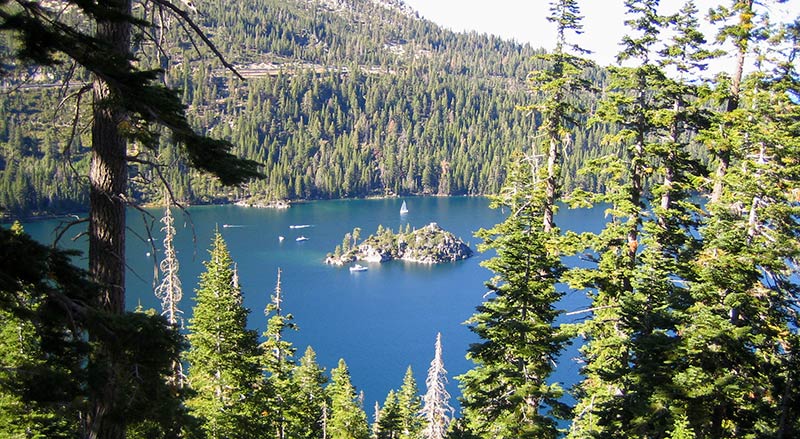 Says the EPA: “Cave Rock is a Washoe sacred site, a church that should e be designated a National Monument and not allowed to be defaced and devalued by rock climbing. Climbers at Cave are an objectionable example of the Washoe Tribe being excluded from the Tahoe Basin and their heritage.”

On the eastern shore of Lake Da-ow stands a natural monument of great spiritual significance to the Washoe people. The caves of De-ek Wadapush (‘Standing Rock’), known to others as Cave Rock, are frequented by powerful supernatural beings— the Metsunge— referred to in English today as Waterbabies. These beings are said to use the caves as a passageway from their homes in the depths of the lake whenever they choose to travel along the streams and through the lands inhabited by humans. It is said that the Waterbabies created all the lakes and streams of the region and that their powers are so great that utmost care should be taken not to offend them.

For this reason the Washoe people have always avoided trespass at Cave Rock out of respect for its ancient spirit inhabitants. Traditionally any person passing by spoke a prayer and left an offering in their honor. Only a great Damomliw (doctors/shamans) who is blessed with a Waterbaby as a guardian spirit would dare to go into the caves to commune with them and to seek guidance. In the early part of this century a renowned Washoe doctor named Willikushkush used the caves; it is said that he and others of special power could travel from Cave Rock to Carson Valley by way of an underground path.

For over 10,000 years —400 generations— the Washoe Nation of California & Nevada has lived in the Lake Tahoe region, a breathtaking landscape of water, mountain, and natural beauty. Elderly Washoe remember the shock they felt when a highway was blasted through Cave Rock in 1931, and then again in the 1950s. They feared then that the spirits of the place would be angered and would send a deluge of water from Lake Da-ow to flood Carson Valley and destroy all the people who had allowed such a desecration to occur.

While most modern Washoe people may not interpret these events in quite the same way as their parents or grandparents, all regard Lake Tahoe and Cave Rock as sacred places in their tradition. All deplore the pollution and silting of its once clear blue waters where large trout were so abundant they could be speared from the shore. For the hundreds of Washoe who once came to the lake every summer it was a major source of food and a center of ceremonial life. When whites swarmed into the area during the last century, Washoe people were discouraged from fishing or camping at Tahoe as they had done since ancient times. There seemed no place left for the Washoe to gather there, and most younger people know the wonders of the place only through the memories of their elders.

Universe has numerous systems within it’s planetary functions. One of these numerous systems when activated will release some of the gases and stress that lays deep within Mother Earth. One of these sacred areas is De-ek Wadap’ush. There are many sacred sites to be activated but the hearers are not in place to receive the instructions and songs. Many of our sacred places are sleeping.

When this sacred area is brought back to its naturalness than you will see the power and magnificent of De-ek Wadap’ush. We are almost there, just the restoration of the back of the cave needs to be finished, the removal of stones, boulders, rocks, numerous pigeon droppings and than we can complete the the back of the cave by cleansing with water. It is a blessing and wonderful for all of us to be a part of this healing.

The latest instructions are to have ceremony within each season as each seasons brings its energetic presence to be with De-ek Wadap’ush.

In the 1980s when rock-climbing became popular at Cave Rock, the Washoe Tribal Council stepped in to have it declared a protected sacred site in a concerted effort to reclaim some of their sacred lands. Later the James-Moore family, including Barbara James Snyder, a Washoe/Paiute living in New York City, joined the efforts. They took on both the political and spiritual work necessary for the mountain after a series of dreams and visions, including successfully having Protection of Sacred Sites addressed at the UN Permanent Forum on Indigenous Issues in 2003. Other families followed closely. 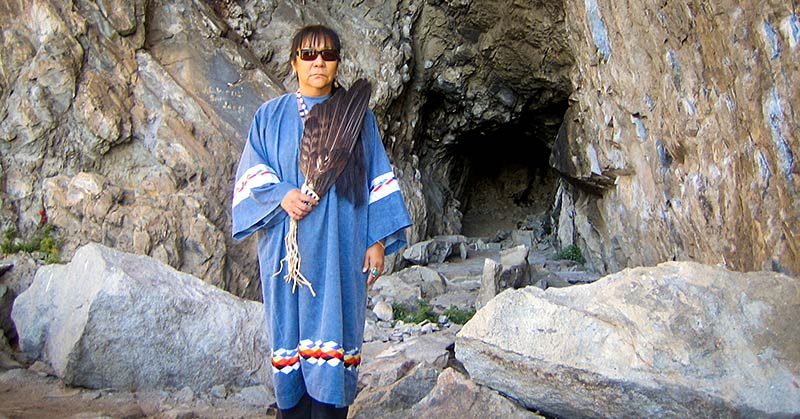 Years of tireless appeals nationally and internationally brought attention to Cave Rock. In a unanimous decision on August 27, 2007, the 9th Circuit Court of Appeals ruled that the U.S. Forest Service acted lawfully when it banned climbing at the site. The three-judge panel cited the historical and cultural importance of Cave Rock not just to the Washoe Tribe, but to the entire country. “Historical and cultural considerations motivate the preservation of national monuments that may have religious significance to many or even most visitors,” Judge J. Clifford Wallace wrote, comparing Cave Rock’s importance to that of National Cathedral in Washington, D.C. and citing Judge Betty B. Fletcher’s remarks from a decision cited as precedent in the Cave Rock case. “Native American sacred sites of historical value are entitled to the same protection as the many Judeo-Christian religious sites.”

In August 2009, the last climber’s peg was removed from De-ek Wadapush.

NCPC is proud to have been a contributor from the beginning of the Cave Rock Restoration Project, and we continue to support it. 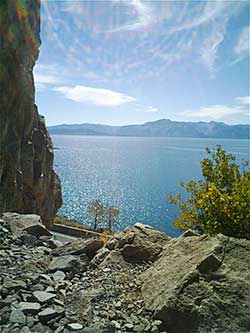