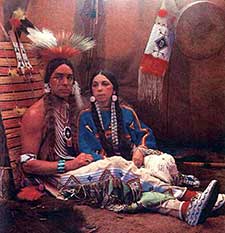 Friends and cultural historians of many Indian families among the Sioux, Crow, and Shoshone-Bannock, Reginald and Gladys Laubin devoted their lives to preserving a vanishing culture by presenting authentic Indian dances, costumes, and songs. Through their performances, the Laubins helped white Americans to appreciate these expressions of Native culture as an art that should be preserved. Applauded by audiences across the United States and in Europe, Israel, and Africa, the Laubins were also praised by Indians of many tribes as worthy envoys of their cultures. In addition to live performances, which they continued into the late 1980s, the Laubins wrote and illustrated books on American Indian tipis, dances, and archery.

Neither Mr. Laubin nor his wife, Gladys, with whom he performed, were Indian, but they studied Indian dance and culture with Sioux, Crow, Cheyenne and other Plains Indians. The couple were adopted by the Sioux and named Tatanka Wanjila (One Bull) and Wiyaka Wastewin (Good Feather Woman). The two later lived with the Crow of Montana.

Few, perhaps none, have delved more deeply into American Indian culture and contributed more to an understanding of it than the Laubins. In rich detail, their writings chronicle the dances, tipis, archery and customs of America’s first peoples. As dancers, they performed internationally in the 1930s, 40s and 50s, with cultural authenticity, and in the days when American Indians were more likely misrepresented than understood.

“The Laubins were known for respecting the complexity of the dances, which they performed with authentic details at a time when American Indian culture was seldom represented on concert stages with such dignity or accuracy,” wrote Jennifer Dunning in The New York Times in the year 2000.

Video: Ceremonial Pipes With the Laubins

An excerpt from the Laubin’s book: From Indian Dances of North America: 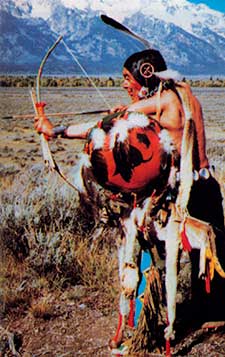 “Sometimes face paint served the same purpose as the mask, hiding the real identity of the wearer or endowing him with the power of the creature or spirit he represented. Face painting at one time was an important costume for almost any dance, as well as in every ritual and for all tribal games. Formerly an Indian did not think himself properly dressed without some paint on his face and a pretty pair of moccasins. The use of face and body paint was universal among Indians of America, as it was among many peoples around the world. It could mean many things. Some face paintings had secret meanings for their wearers. Some showed membership in certain warrior societies. Some were purchased from dreamers or medicine men because they were believed to have protective power or power to aid the wearer in accomplishing feats of bravery in war or skill in hunting. Hence they are often spoken of as “war paint,” but even during family life at home it was customary for both men and women, and even children, to have painting on their faces. Red and yellow were favorite colors, for both are the sun’s colors, red usually representing the morning sun, the source of life, light, energy, and power; yellow, the setting sun, symbolic of beauty, sincerity, and peace”…

What Is Face Painting?

Laubin Collection at the Spurlock Museum 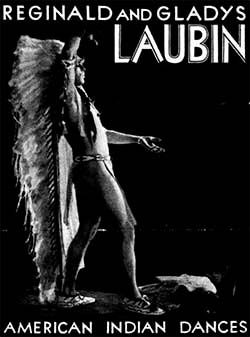 Few, perhaps none, have delved more deeply into American Indian culture and contributed more to an understanding of it than the Laubins. In rich detail, their writings chronicle the dances, tipis, archery and customs of America’s first peoples. 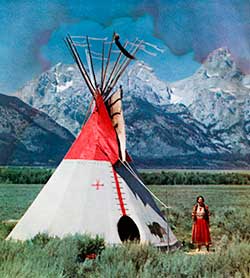