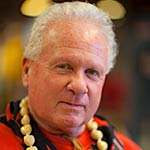 Hearty thanks due for my association with this Dance community since 2003! By no means is it within my capabilities, talents, or experience to function as an all-knowing, and sage “elder.” Nonetheless, I’m always willing to share what has made itself known to me, and to compart what I’ve observed through the years— along with what intuition and judgment suggest. The fact that some express confidence in my opinion charges me with the responsibility of responding as best I can.

At a recent gathering, it was my honor and pleasure to lead a discussion focusing on The Pipe, Tobacco and various additives. I broached the topic of how American Indians utilize Sage, Sweetgrass, and Cedar— including their use as smudging agents. In order to lead up to talking about their appropriate utilization, I initiated dialogue about the four primary sacred plants— the gifts of  Wakonda ~ Wakan Tanka ~ Great Mystery ~ Great Spirit ~ Creator— and how they fit into Indian ritual practices. In addition to Tobacco (the first of the sacred plant gifts) these include the other three just mentioned. I stated that I viewed the practice of combining sage and sweetgrass as a “new idea” that ignores, even defies concepts of specific intent, and purpose or function of the sacred plants in American Indian ceremonial settings. Clyde Hall fortuitously added his very perceptive comment, “Mixing the two sends mixed messages.”
READ MORE >> ABOUT SMUDGING 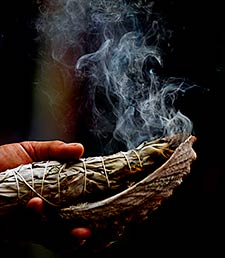 Subsequently, one sincerely interested individual emailed to express puzzlement about my declaration that mixing sweetgrass and sage together in “smudge sticks” is not an Indian practice—  and that doing so in effect flies in the face of accepted Indian custom. In my response to this person I said that perhaps the sticks are an efficient way of employing the plant materials as a miniature “torch” with glowing ember, but again they do not have roots in any Indian tradition known to me. Perhaps the smudge sticks can be considered as efficient packaging of the herbs. They’re innovative to say the least— but they are not “tradish”, as one old-timer friend used to say.

TRUE, traditions start somewhere. At some point in time an individual or group originates a given practice, does something for the first time, be it in response to a vision or learned from another source. Some such practices become established custom— tradition, if you will. Others do not gain favor, and fall away. At any rate, innovation always works its way into those practices that manage to take root. However, in addition to an attitude of respect, along with cognizance of the meanings embodied in established American Indian rituals, caution is advised when considering the incorporation of irregular or non-standard elements into ceremonies that have wide recognition and long-term acceptance among traditional Indian peoples. Careful and reflective study, in addition to consultation with those who are well-informed about such matters, need be pursued. One pitfall is that certain objects embody and/or convey specific connotations, and are suited for definite purposes. Using them in an uninformed manner borders on precariousness. For example, it is possible unwittingly to utilize a particular plant or object in an adverse or even spiritually unsafe manner. It is one thing to “go with the heart” when innovating a non-traditional or personal rite. However, it is ill-advised to modify a traditional ritual inappropriately, or without sanction. If in doubt, ask. 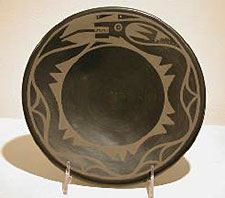 Similar care is advised in selecting motifs to be applied as decoration or explicit symbols to ritual objects lest inappropriate combinations be created. Included herein is the innocent, yet possibly ill-considered adoption of symbols considered to be exclusive patrimony by a particular group. Examples include the Lakota yumniya, and the Avanyu (Horned Serpent) of the Pueblo peoples. Undeniably, be it said that the misappropriation of such symbols is offensive, and may constitute exploitation at best. At worst, it is being culturally insensitive, even impertinent. 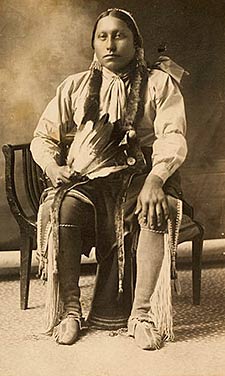 The inappropriate utilization of certain feathers in traditional ceremonies is injudicious. For example, some tribes consider that eagle feather fans alone are proper for use in smudging rituals. However, some groups also permit the use of other birds of prey or warrior birds, specifically hawks. Perhaps surprisingly, various Eastern Woodlands tribes rank the wild turkey in this category; however, owls in general are not viewed as such. For most tribes, the owl family has it’s own set of characteristics, powers, and functions. Certain individuals who are properly initiated may use owl feathers in particular rituals— but these do not include the smudging ceremonies. Nonetheless, the difficulty in obtaining, and / or having legal permission to use feathers of protected species is a thorny issue. Recent changes in the law mandate that flying with feathers or fans may provoke scrutiny by the TSA & the U.S. Fish and Wildlife Service, and that possession of such items while traveling is strictly limited to those carrying a “Certificate of Indian Status” card.  MORE INFO >> TSA RULES

At some point in time we all find ourselves at a loss of what to do in a given situation. Naturally, we realize that whenever possible it is prudent to seek the counsel of mentors, colleagues, or cohorts. If at the time, as individuals, we undertake to participate in or perform a ceremony specific to a certain tribe, and are unsure of appropriate procedures, we might assume it is permissible to follow our intuition. However, adding elements that are out of character with accepted custom (such as singing a song inappropriate for a particular occasion, or contriving wholesale a course of action) is unwarranted, born of ignorance, and insensitive. We ought not allow such actions, no matter how sincere the intent by declaring that one’s heart is “in the right place”. We dare not be so casually dismissive. Yet, with experience, we can at times proceed with what we truly feel is a valid method. It is wise to declare to oneself (when alone), or to a group that is present that one is making a determination thus. State how the decision is arrived at, and more— that pardon and forbearance are begged if one errs. 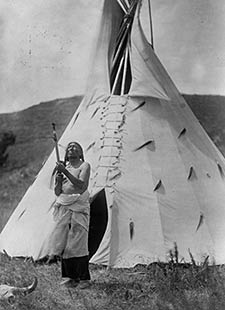 Here I speak of established tribal rituals held in common— codified concepts, beliefs, and customs that have held true through time. Personal rituals revealed to one through visions or dreams are another matter. Nonetheless, variations certainly exist in rites virtually at all levels— between individuals within a group, and between divisions, organizations and societies of a given village, band or tribe. Yet, some things are universal on a basic level. To define these aspects adequately is elusive. One must move with the people over a period of time before it is understood how and when it is acceptable to establish procedures in a considerate and fitting manner.

In closing, let me offer that by-and-large Indian peoples are imbued with liberal measures of forbearance. Through their typically keen perceptiveness they appreciate, and acknowledge, sincere and deferential participation in their ways by non-Indians. Without doubt, they are keenly aware of the misconceptions, misuses and distortions of their traditions by others. Some openly rail against what could be perceived as transgressions, but the judicious dismiss such with a shrug, perhaps simply declaring, “They don’t know.” Yet, they await an opportunity to offer insightful counsel. We reveal our personal character in part by how we act in response to given circumstances. It is true that the compassionate mentor-teacher-sage of any culture knows that well-studied, yet gentle and kind criticism or correction should, and will, be given when warranted.

Please receive this message in the way it is intended— with warmest regard, esteem, encouragement, and best wishes for all. You do me great honor to consider these thoughts that herein I share with you! 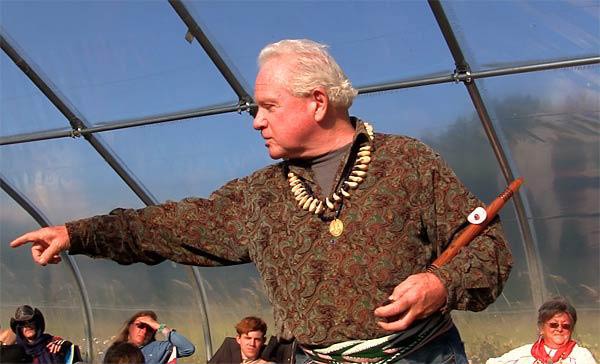 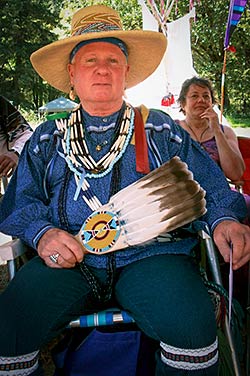 “At some point in time we all find ourselves at a loss of what to do in a given situation. Naturally, we realize that whenever possible it is prudent to seek the counsel of mentors, colleagues, or cohorts.” 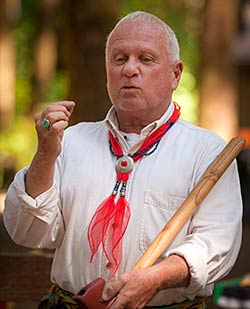 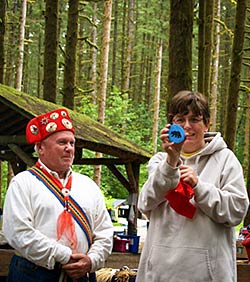